Toxic Skincare Ingredients to Watch Out For

Fragrance: over 3000 fragrance ingredients are often added to personal care products? Fragrance is known to be a hormone disruptor and can cause hair loss, acne & skin irritation, moods swings, allergies, and more. To make the matter worse, it is actually not required by law for companies to disclose the specific ingredients used to produce these fragrances, as recipes are considered trade secrets.

Parabens: Parabens are the most widely used preservative in cosmetics. They are also used as fragrance ingredients, but consumers won’t find that listed on the label. These preservatives should be avoided at all costs! They are linked to hormone disrupters, tumor formulations, even reproduction toxicity. Measurable concentrations of six different parabens have been identified in biopsy samples from breast tumors (Darbre, 2004). Parabens may also interfere with male reproductive functions. In addition, studies indicate that methylparaben applied on the skin reacts with UVB leading to increased skin aging and DNA damage.

Propylene Glycol & Butylene Glycol – Found in cleansers, shampoos, baby wipes, deodorants, hair products, bubble baths to name a few.  Also found in windshield wiper fluid!  The EPA considers them so toxic they say that skin contact or inhalation can cause brain, liver and kidney abnormalities. In some personal care products these chemicals are used in very high, industrial strength concentrations.

Sodium Lauryl Sulfate & Sodium Laureth Sulfate – Otherwise known as (SLS).  This toxic ingredient found in almost all drugstore shampoos, conditioners, leave in creams, hair sprays, facial soaps, body soaps and body washes.  Strong detergents and degreasers that are found in over 90% of foaming personal care products. SLS is linked to skin irritation, eye irritation, rashes and hair loss. Animal studies show eye damage (especially to young), immune system damage and death. Can create nitrosamines which are carcinogenic. Once absorbed into the skin, can also be retained in your organs for a lifetime.

SLS and Sodium Lauroyl Sarcosinate are the synthetic chemicals used as the foaming agents in toothpaste.  SLS is also commonly found in engine degreaser, garage floor cleaners, and car wash soaps. In the scientific community, SLS is commonly acknowledged as a skin irritant and has been linked to mouth ulcers and canker sores (1). It’s also a penetration enhancer which means it will give easier access for other toxic chemicals to deeply penetrate into your skin. Under certain conditions, Sodium Lauroyl Sarcosinate can break down and form carcinogenic nitrosamines. It can also be an allergen.

Polyethylene Glycol (PEG): One of the most toxic skincare ingredients that is often found in almost any skincare product is PEG. Petroleum ingredient that is carcinogenic and dehydrates your skin. Increases signs of skin aging and leaves your skin vulnerable to bacteria and disease.

DMDH Hydantion: considered a Group 1 Carcinogenic. Voted allergen of the year by The Dermatologist Journal in 2015, it triggers eczema, and causes allergies.

DEA, MEA & TEA: Used in shampoos & bubble baths. They are hormone disrupting and form cancer causing nitrates. Restricted in Europe yet legal in the USA, they increase the risk for liver and kidney cancer.

Triclosan: Triclosan and triclocarban are commonly used antimicrobial agents found in many soaps and detergents. The Center for Disease Control and Prevention has identified triclosan in the urine of 75 percent people tested. Widespread use with few regulations has led to concerns regarding their effects on humans and the environment, such as endocrine disruption, bioaccumulation, and the emergence of bacteria resistant to antibodies and antibacterial products.

Mineral oil: By-product of petroleum that’s used in baby oil, moisturizers and styling gels, mineral oil is surprisingly one of the most toxic skincare ingredients. It creates a film that impairs the skin’s ability to release toxins.

Synthetic Musks: are chemicals used in personal care product fragrances. They are often found in perfumes, colognes, scented soap, body wash, sprays, lotions, hair products, detergents, and softeners. They are rarely listed on the label, since fragrance ingredients are often not disclosed. Synthetic musks bioaccumulate in the environment and have been detected in human breast milk, body fat, blood, and umbilical cords. Studies show that these compounds can disrupt cell functioning and hormone systems.

Retinol and Retinol Compounds: the chemical name of the essential micronutrient vitamin A which can be harmful to your health when it’s added to cosmetic products in certain forms. Found in Anti-aging creams and lotions, moisturizers, and foundation, two derivatives – retinoic acid and retinyl palmitate – should be avoided in cosmetics and personal care products while retinol itself should not be used at high doses. Health issues such as Cancer, Developmental and reproductive toxicity have been linked. 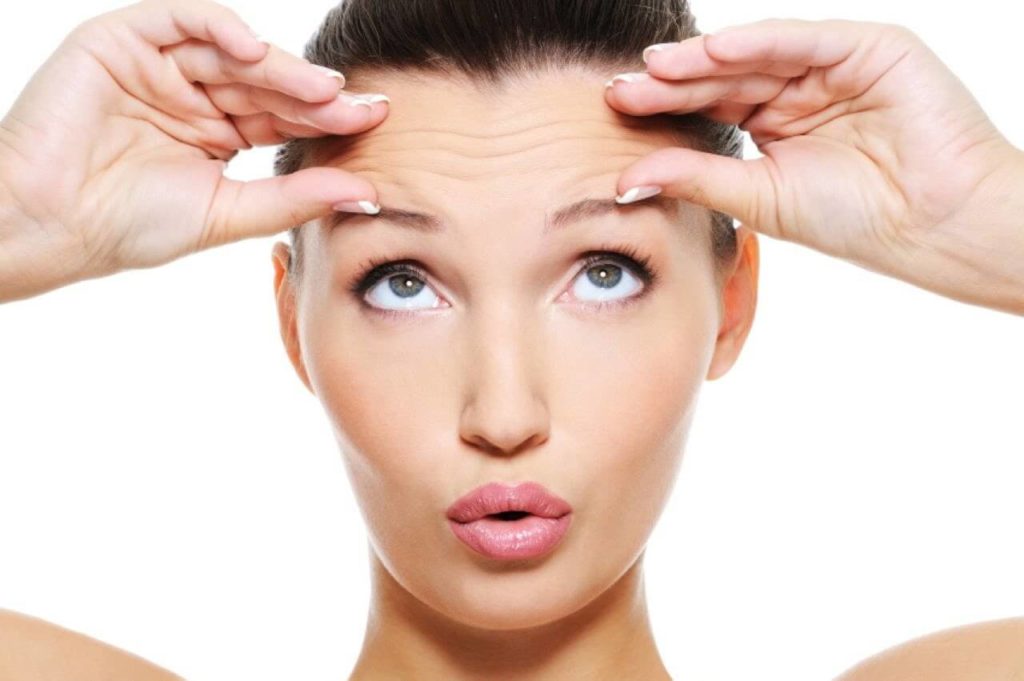 Phthalates: Pronounced THAL-ates, are chemicals linked to endocrine disruption, developmental and reproductive toxicity, and cancer. Phthalates have been banned from cosmetics in the European Union, but still remain prevalent in U.S. products. These can often be found in color cosmetics, fragranced lotions, body washes and hair care products, nail polish and treatment.

Petrolatum, petroleum jelly: is derived from petroleum, is often used in personal care products as a moisturizing agent. When properly refined, petrolatum has no known health concerns. However, petrolatum is often not fully refined in the US, which means it can be contaminated with toxic chemicals called polycyclic aromatic hydrocarbons (PAHs). The primary concern with petrolatum is the potential contamination with PAHs. The National Toxicology Program (NTP) considers PAHs as a class to contain reasonably anticipated carcinogens; the International Agency for Research on Cancer (IARC) lists 14 PAHs as probable or possible carcinogens and one PAH as a known carcinogen.

UV radiation is more likely to damage DNA in the presence of PABA, and DNA damage to the skin increases the risk of skin cancer. These studies raise serious concerns about the potential for PABA to sensitize skin to radiation although human studies are needed to confirm these findings. In the absence of such studies, precaution may be warranted.

Octinoxateo: also called Octyl methoxycinnamate or (OMC), is a UV filter. It can be absorbed rapidly through skin. Octinoxate has been detected in human urine, blood and breast milk, which indicates that humans are systemically exposed to this compound. Octinoxate is an endocrine disruptor that mimics estrogen and can disrupt thyroid function. Octinoxate increases cell proliferation in cells that grow in response to estrogen exposure. Lifetime estrogen exposure is an established risk factor in the development and progression of breast cancer.

Homosalate: One of the toxic skincare ingredients which is widely used chemical in sunscreens and skin care products with SPF. Homosalate is a potential endocrine disruptor and studies in cells suggest it may impact hormones. In addition to direct health concerns following homosalate exposure, the chemical may also enhance the absorption of pesticides in the body. In human breast cancer cells, which grow and multiply in response to estrogen, homosalate exposure led to 3.5 times more cell growth and multiplication.

Formaldehyde And Formaldehyde-Releasing Preservatives: (FRPs) are used in many personal care products such as nail polish, nail glue, eyelash glue, hair gel, hair-smoothing products, baby shampoo, body soap, body wash, color cosmetics. These chemicals, which help prevent microbes from growing in water-based products, can be absorbed through the skin and have been linked to cancer and allergic skin reactions.