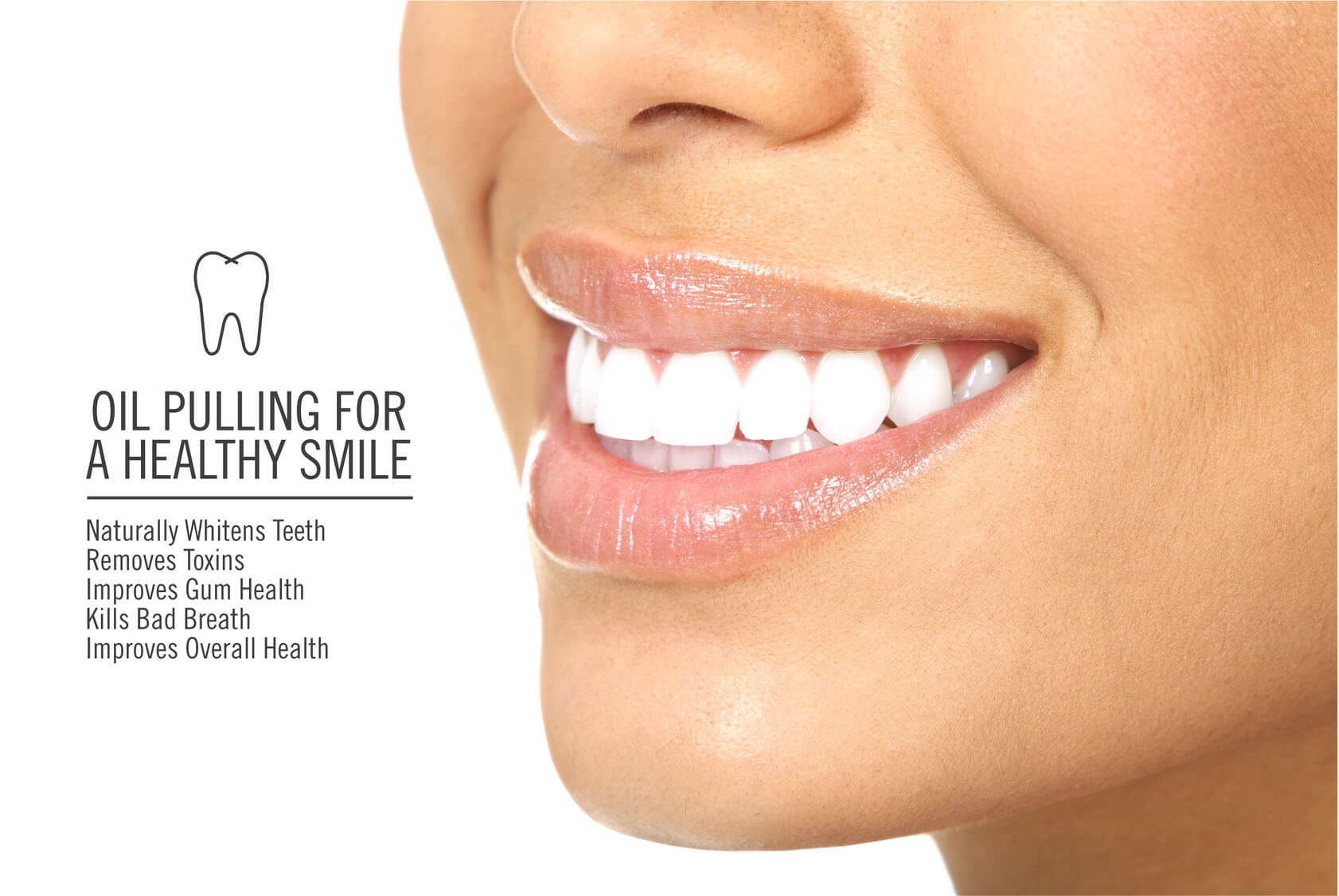 Toothpaste and the toothbrush as we know it weren’t standard in the average American household until the early 1900s.

So what were your grandparents doing to keep their teeth? and “How did they keep control of funky breath?” In addition to their diets (which contained far less sugar than ours today), dental health was maintained simply by using chewing sticks and….coconut oil pulling.

What is Coconut Oil Pulling?

Quite simply, oil pulling is a detoxification process through swishing plant-based oil in their mouth (much like standard mouthwash) for an extended period of time. In the most literal sense, the oil “pulls” impurities away from teeth and gums, and kills bacteria that has built up in the oral cavity over time.

Coconut oil pulling has been recommended for thousands of years in Indian Ayurveda, the sister science to Yoga and one of the world’s oldest medical systems. It is believed that the body holds doshas, or bodily energies, and in order to reap the highest physical and psychological benefits, a person must have an even balance between their doshas.

Imbalance of these energies is said to increase a person’s vulnerability to disease so a daily routine was and continues to be recommended in order to keep the bodily systems balanced and healthy.

Oil pulling is an essential part of the daily routine to create a harmony between the doshas.

The science may be ancient, but the benefits of oil pulling are real.

Coconut Oil pulling accomplishes these benefits naturally; without any chemicals, toxins, or preservatives, which are found in most commercial oral care products. If you’re already using natural products, you can still benefit from oil pulling and using coconut oil in particular.

In a study on the effects of coconut oil in plaque-related gingivitis, researchers had 60 male and female participants affected with the disease practice oil pulling with coconut oil for 30 days. Coconut oil contains 45-50 percent lauric acid which is known for having antimicrobial properties and for being a proven anti-inflammatory. By the end of the trial, participants showed a significant decrease in plaque and improved oral health. Researchers expect that the film created by swishing the oil hinders the adhesion of plaque to teeth, protecting against gingivitis.

Give it a Try!

Oil pulling is easy and effective. First thing in the morning, before any brushing or ingestion of liquids, take about one tablespoon of Kapuluan Coconut Oil and begin to swish gently, continuing for 5 to 20 minutes. The more time you allow, the better. We suggest oil pulling while taking a shower or while doing another daily morning routine, so you don’t have to think about it too much.

Once time is up, spit into the trash or toilet. Do not swallow, as you’ll only be bringing the impurities back into the body instead of ridding yourself of them, and do not spit it out down the drain as it can cause clogging. Ayurveda attributes gargling as an important final step to purifying the entire body. Finish by rinsing with warm water and brushing your teeth.

Pulling at least twice per week is recommended, but a daily routine is ideal to attain maximum results.

Pulling with acidic oils risks damage to tooth enamel and disruption of fillings. Be sure to use a raw, high quality coconut oil like Kapuluan to achieve the benefits without damage to your teeth and or health.