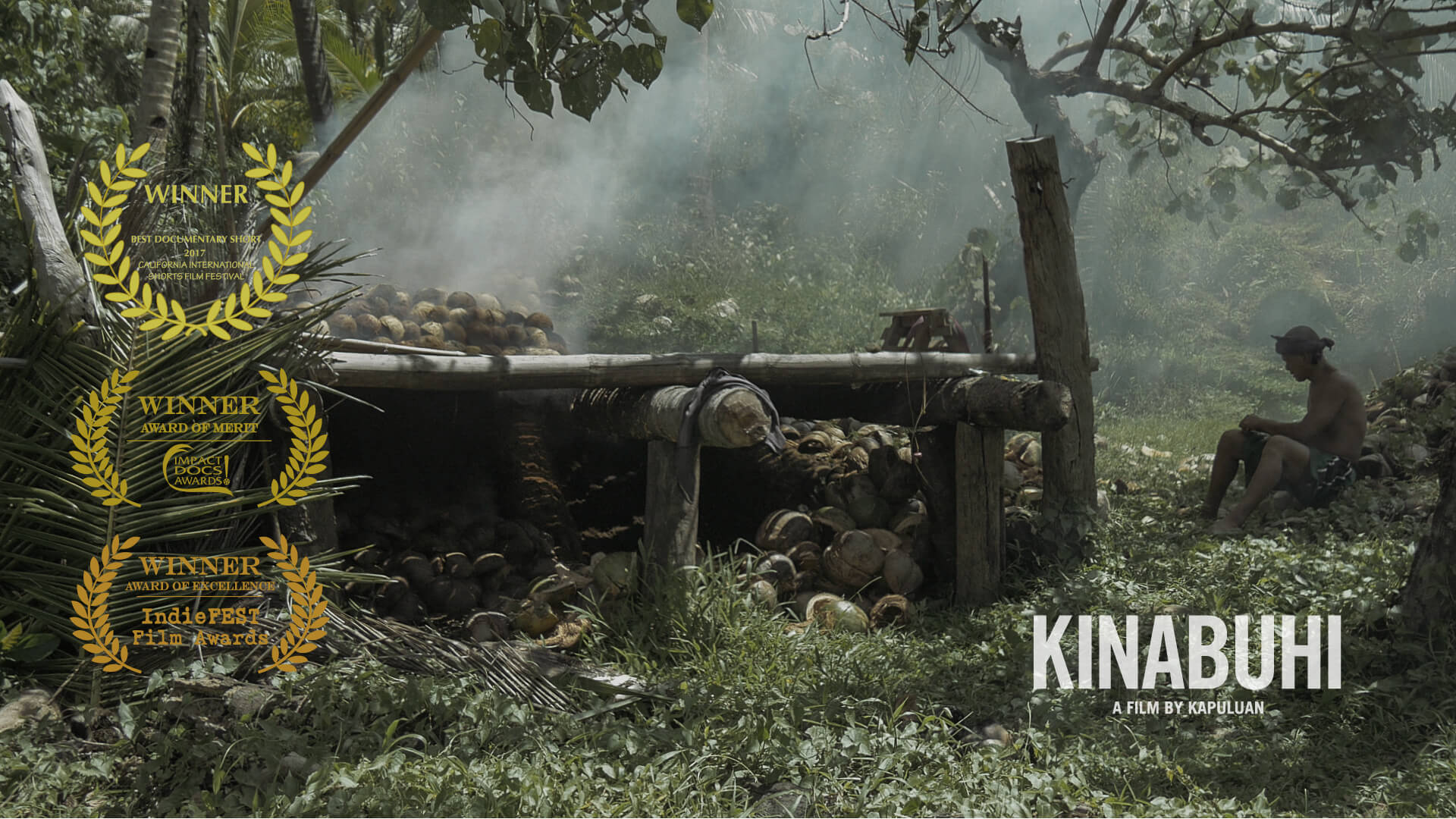 (Los Angeles, California, November 3rd 2017) – Will Lauder, Founder & President of Kapuluan Coconut, is pleased to announce that Kapuluan’s Documentary Short film Kinabuhi has won 3 prestigious Film Festivals over the summer and fall seasons. A story about Filipino Coconut Farmers struggling to survive a Way-of-Life exploited by industrial agriculture and crippled by disasters like Typhoon Haiyan, Kinabuhi was officially selected for 5 Film Festivals, winning the Award of Excellence and Award of Merit from The Impact DOCS Awards Competition, and the IndieFest Awards Competition, and best Documentary Short at The California International Shorts Film Festival.

Over 60% of Coconut farmers in the Philippines live in extreme poverty, despite the ubiquitous resource which is the country’s top commodity. Kinabuhi features an exceptional storyline in a remote coconut farming village in Eastern Samar, Philippines and was shot and edited by Award Winning Filmmaker Danny Cooke.

“Kinabuhi will always be extremely special because of the connection I made with the coconut farmers and their community. I knew that they would be the most important part of the film, and I knew they would be wonderful. However, it was really difficult to get them to say anything negative about their livelihood, which was important because our goal was to raise awareness for the fact that over 60% of coconut farmers in The Philippines live in extreme poverty, and face numerous challenges. We had to pull teeth to get the story right, and then there was the directing, with a language barrier, in 40 degrees and 100% humidity, in the middle of the forest.

Danny is asking them [the farmers] to climb 100ft coconut trees over and over again, putting themselves in danger each time. They wanted to do their work, and we kept asking them to stop and do it again. It was tough, but the farmers never complained, got upset, or questioned anything we asked. They did it with a smile, and pride, and they never asked for anything. These are the qualities which make these guys so special, and their character and warm-heartedness really shine through in the film. The awards really mean the most to me because I know the farmers will be proud”, Lauder said in a statement.

Lauder went on to say that “Kinabuhi was initially made for online distribution to support a crowd-funding campaign. I never really thought about film festivals, but I wanted to expose the story to a wider audience and so we decided to submit the film to a few festivals and see what happened. We did about 10 [festivals], so we made it into 5 and won 3. I’m pretty happy with the results and so we’ll continue to submit Kinabuhi to festivals and hopefully, the story continues to resonate with people.”

In winning these awards, Kapuluan joins the ranks of other high-profile winners of these internationally respected awards including the Oscar winning director Louie Psihoyos for his 2016 Best of Show – Racing Extinction, Oscar winner Yael Melamede for (Dis)Honesty – The Truth About Lies, Emmy Award winner Gerald Rafshoon for Endless Corridors narrated by Oscar winner Jeremy Irons, Liam Neeson as the narrator of Love Thy Nature, A Path Appears Documentary featuring George Clooney and Blake Lively, Radical Grace executive produced by Susan Sarandon, a searing expose Davids and Goliath by Leon Lee, and Touched with Fire starring Katie Holmes, and many more.