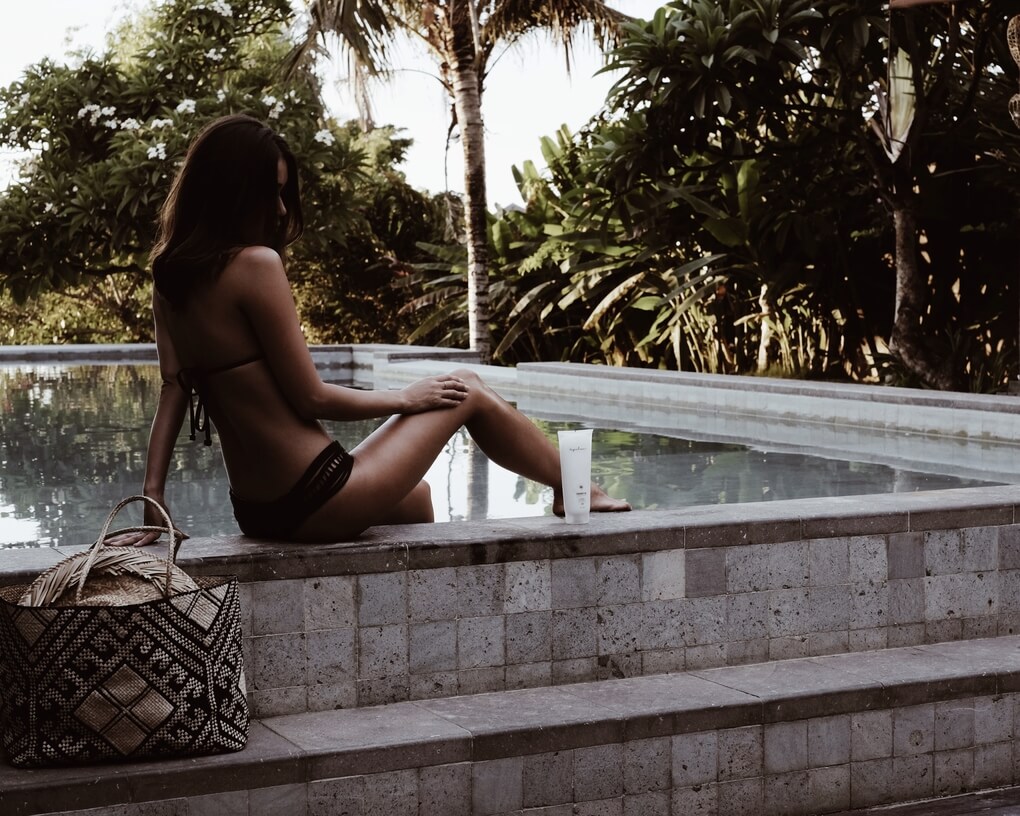 To start things off, let’s try to find an answer to the following questions about a minimalist lifestyle: Who is a minimalist? What do they do? How do they live their lives? What makes them so different from non-minimalists?

Note that these are all valid questions…questions that have answers that can be defined in numerous ways.

According to Joshua Fields Millburn and Ryan Nicodemus, better known as The Minimalists, minimalism is “a tool to rid yourself of life’s excess in favor of focusing on what’s important – so you can find happiness, fulfillment and freedom.”

And therein lies the true answer: minimalism is devoted to enabling people to be happy in life by any means necessary. Be it shedding the majority of their material possessions or living a nomadic lifestyle, minimalism is a sort of counterweight to today’s prevailing consumerism among peoples of the world.

Given this sort of “explanation,” one might be wondering what in the heck coconut oil has to do with being truly happy in life? Well, it’s a conundrum we’re more than happy to shine some light on. 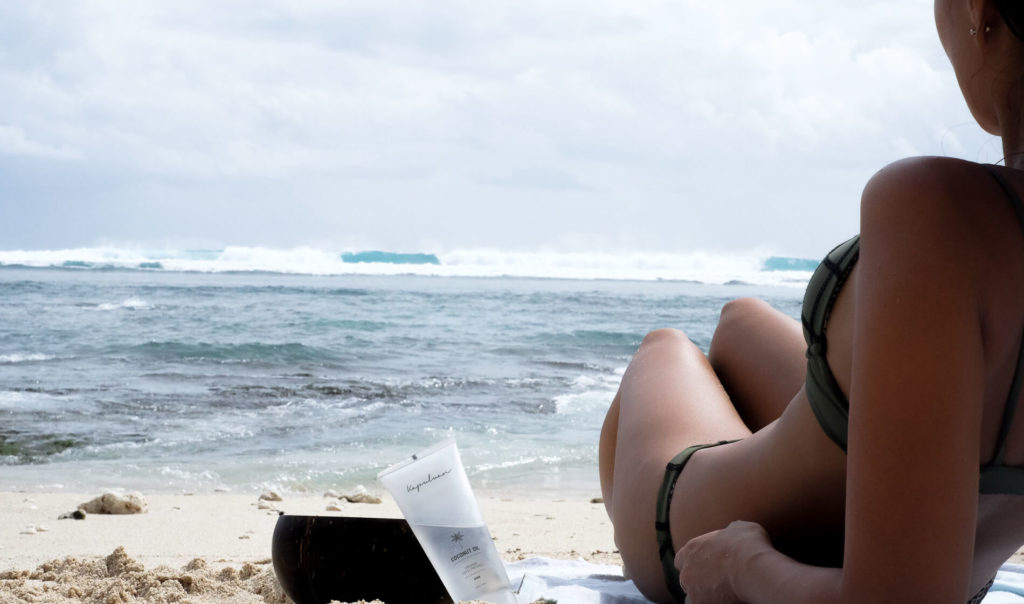 The Search for Ultimate Happiness

Most people nowadays are victims to their own surroundings. Whether they’re stuck at a dead-end job, frustrated that their bus is late every single morning on their way to class, or can’t find the determination to get out of a doomed relationship – you name it and there’s an example for it.

All this leads to people focusing on solving such “problems” and dealing with their immediate situations that most of them tend to lose sight of the bigger picture. That bigger picture is that life is so much more than stress, work and negative people. Life is supposed to be about happiness, living each day to the fullest and loving what you do.

So, how do you achieve that?

Short answer? By making a 180-degree change and focusing on what’s really important.

Go back to basics. Go back to nature. Stop eating junk food. Stop spending all your time indoors. Stop being stuck in a rut every single day. Simply put, improve the quality of your life on a daily basis. Because, time is of the essence and you only have one life.

So, in order to work both quickly and efficiently, why not try to make changes both on the inside and outside at the same time? It might sound complicated, but a minimalist lifestyle is actually much easier than you think. It’s as simple as cleaning up your diet and taking better care of your body.

We’re not saying you need to start putting in Arnold Schwarzenegger-hours at the gym; it could be something as simple as replacing tons of beauty products you’re currently using for your hair, skin and teeth with one or two high-quality bottles of coconut oil per month.

Yes – it is THAT simple.

Here’s why. If you’re a minimalist – or better yet, if you’re en route to becoming one – coconut oil is the single best companion you can have during this great change in your life. Just like any major process, this kind of transformation takes time, and coconut oil is what you want to have by your side during this journey.

The logic behind our apparent ramble is quite simple, yet, powerful. This is because coconut oil has only become popular among Westerners in recent years, and the full extent and diversity coconuts and coconut products possess are still relatively unknown.

On the other hand, peoples in parts of the world where coconut trees have been grown for generations have had to find ways of utilizing coconuts in unimaginable ways; partly because they’re all-natural and have numerous beneficial properties for humans, and partly because of the unfortunate poverty in which these peoples have traditionally lived.

That being said, you want to talk about the connection between coconut oil and minimalism? Then you have no better source of both information and inspiration than coconut farmers. These people have had to learn to utilize all-things-coconut because there was so little else for them to make a living off of.

Taking a page from their book is not only guaranteed to bring about countless improvements into our own lives, but furthermore, those improvements have all been tested in practice many years before we even heard of coconuts.

Now, that explains the “why.”

As for the “how,” let’s take a closer look at coconut oil and how it goes hand in hand with the basic principles of minimalism: living off of natural, unprocessed foods, shedding most material possessions and living a healthy and fulfilled life. 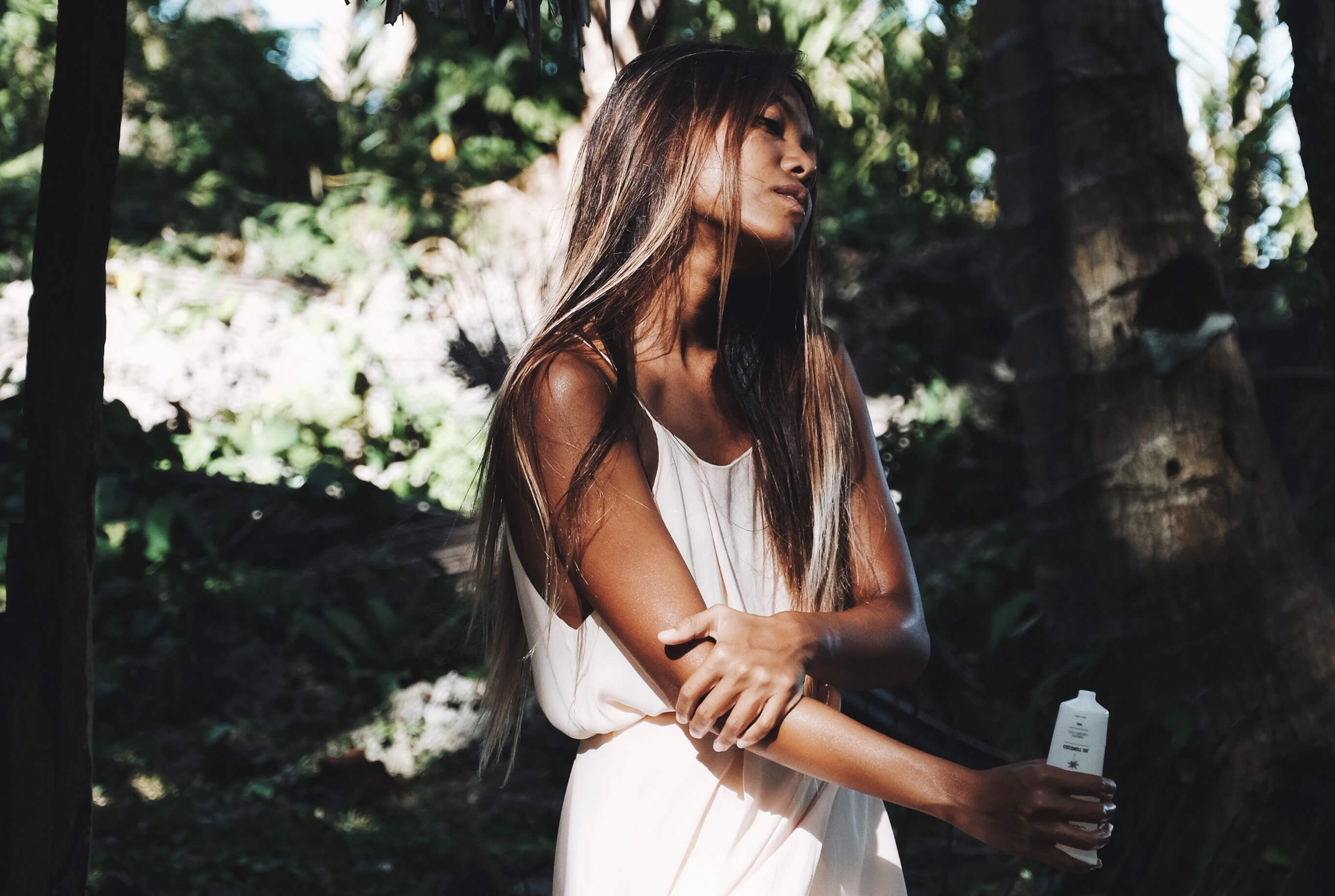 How Does High-Quality Coconut Oil Benefit a Minimalist Lifestyle?

The first thing to note is that there are numerous different types of coconut oil. Living a nomadic lifestyle, which is to say, spending most of your days in exotic destinations running around in a bikini or skinny-dipping among palm trees, with little-to-no material possessions in your ownership, often means cutting corners on many aspects of “normal life.”

And while you’re probably not going to give up using shampoo to wash your hair, chances are you’re going to want to make sure your hair is at its best nonetheless. Because of its high concentration of medium-chain fatty acids, coconut oil does wonders for hair follicles on a molecular level.

It doesn’t end there, though. The skin can also benefit from coconut oil, believe it or not. Several studies done on individuals with dry skin have shown that the fat content and moisture of the skin improve significantly after several treatments with coconut oil.

Seeing how minimalists have a tendency to live an aforementioned nomadic lifestyle and how that sort of lifestyle often lands them in tropical parts of the world that boast ample sunshine throughout the year, chances are dry skin might become an issue to pay attention to.

Luckily, as aforementioned, another good thing about coconut oil is the fact that it not only helps hair, but also heals the skin to stay healthy.

Additionally, you might have heard that coconut oil can also be very effective as a sunscreen. While this is partially true, it needs to be said that it depends on your respective skin type. In reality, if you have darker skin that’s not prone to sunburn, you might also benefit from using coconut oil as a replacement for actual sunscreen.

On the other hand, if you have pale or light skin and are used to applying SPF 60 every 30 minutes while sunbathing, you’d be better off continuing with actual sunscreen. This is because, unfortunately, coconut oil actually has a very low natural SPF of around 4. Plus – we ARE talking about an oil here.

So, pay attention to your skin type and make your own decision. But, if you’re a dark-skinned minimalist looking to lead a life with only the most necessary of possessions – it might be a good option.

It doesn’t end there, however. If you don’t feel like buying mouthwash every couple of weeks, you’re in luck – coconut oil might come to the rescue here, as well. Namely, it can serve as a good substitute for mouthwash in a process named oil pulling. This is a process that has been in use for thousands of years among some indigenous peoples, and it kills off some of the harmful bacteria found in the mouth cavity. Consequentially, it can reduce bad breath and improve dental health, which is always a plus. 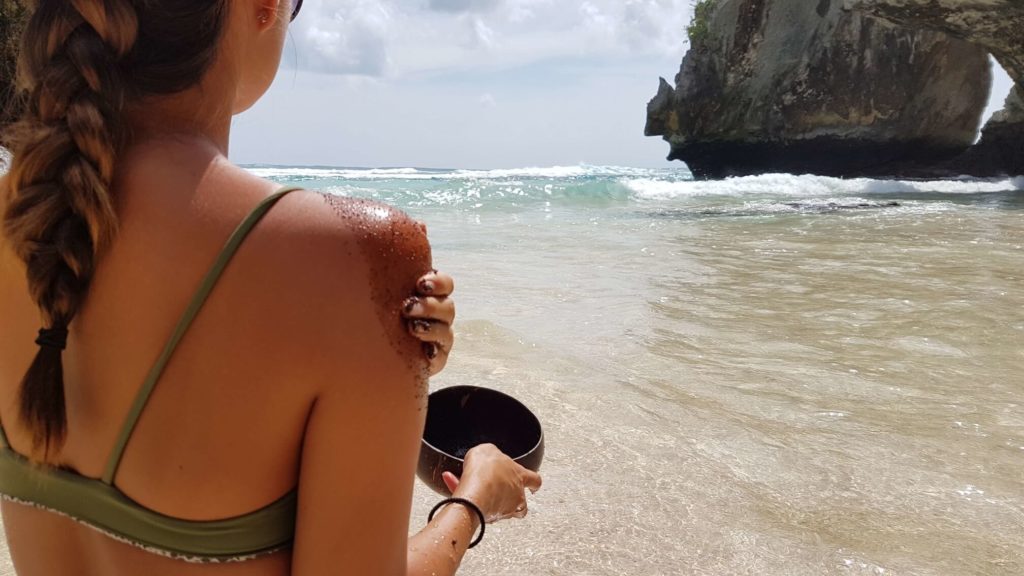 The Minimalist Lifestyle: Closer to Nature

Nature isn’t going to come knocking on your door, asking you to go out there and make your life better. You’re the one who has to make yourself want to improve your lifestyle. Remember – start small. Before you even consider selling off your car and house, do a small-scale experiment. Get your hands on some high-quality coconut oil and try to incorporate this natural super-ingredient in as many aspects of your daily life as possible. You’ll notice the results pretty soon. After that, get out there and explore the ever-changing tide of life some more.

Maybe travel to a destination where coconut oil is made, like the Philippines. The best part? Your possibilities for a minimalist lifestyle are endless, quite literally. Because, at the end of the day, you’ll always be able to find a desk job at an office somewhere, or a construction gig, or a burger-flipping career at a fast-food restaurant.

The thing is, what are the chances that these jobs are going to make you happy? Note that we said HAPPY, not RICH. If you really think about it, money is good, but it’s a necessary evil.

But, that’s just us. The point is – take a risk and try new things. Time will pass anyway.

← Fragrance: The #1 Chemical to Avoid in Skin Products The Benefits of Oil Pulling With Coconut Oil →