This post comes to us from our beauty contributor, Allie White.

Growing up on a farm amongst ranchers, self-proclaimed “prairie boy” Will Lauder never thought he’d one day start a line of beauty products. In fact, he was months-deep into researching and planning a tech venture when he stumbled onto the world of natural, sustainable beauty. And despite his cowboy boot roots, he hasn’t looked back since.

In November 2013, Lauder was traveling through Southeast Asia with plans to relax, explore and surf prior to the research leg of a work trip. He was getting ready to head to the Philippines when Typhoon Haiyan hit the region. In a matter of days, the extent of catastrophic damage and fatalities made Haiyan the deadliest, most destructive typhoon of all time for the island nation.

Rather than cancel his trip, Lauder ditched the surfboard in favor of a duffel bag full of water filters and made his way to Manila to offer help and support where he could. “I was kind of overly optimistic about how this would go. I didn’t really think about it,” Lauder says. “[People said] ‘What are you doing?! You’re crazy! There’s no food there, there’s no water. Disease is spreading. Where are you going to stay? What are you going to do?’”

Undeterred, Lauder reached out to the one person he knew in the capital city who put him in touch with someone who put him in touch with someone else who was able to help him scrape together a plan. And then he was off to the most rural parts of the nation, the ones hit hardest by Haiyan. It was there, surrounded by the Filipino people and their unshakable spirit, that he discovered the magical properties and extreme importance of the coconut palm, aka the “tree of life.”

“The region that got hit by the typhoon was a coconut-dependent region. There are a lot of tropical Pacific islands that call the coconut palm the ‘tree of life,’ not just because of its health and wellness benefits, but also because the communities [depend on it]. The roofs of the houses are made with the palm leaf, the structures are built with the palm tree wood, they eat coconut, the cook with it, they make their soap with coconut. It’s also the primary driver of economics.”

As Lauder traveled around the region, he saw firsthand the nearly 33 million coconut trees that had been destroyed by Haiyan. “Sometimes it took us seven hours to drive 40 kilometers because we constantly had to move trees,” he says. “It was total chaos.”

Not only did this destruction mean a vital natural resource was in seriously short supply, but it also meant the region’s primary opportunity to make a living was practically wiped out. “Without coconuts, there is no food, no soap, no job, no money.”

Eventually, Lauder made his way to other parts of Southeast Asia. But the memory of the destruction he had witness and the warm-hearted, optimistic Fillipino people he met who had welcomed him and shared the last of their resources never left his mind.

“I couldn’t let go of thinking about how these people were going to move forward. How will they recover? They’ve lost everything.”

And then one day — sitting under a palm tree no less — Lauder had his “a-ha!” moment. “I was reading Let My People Go Surfing by Yvon Chouinard, the founder of Patagonia. It’s a book about how to facilitate positive change through business. And I decided to bail on what I was working on to start something that would help the communities I’d spent time with.” 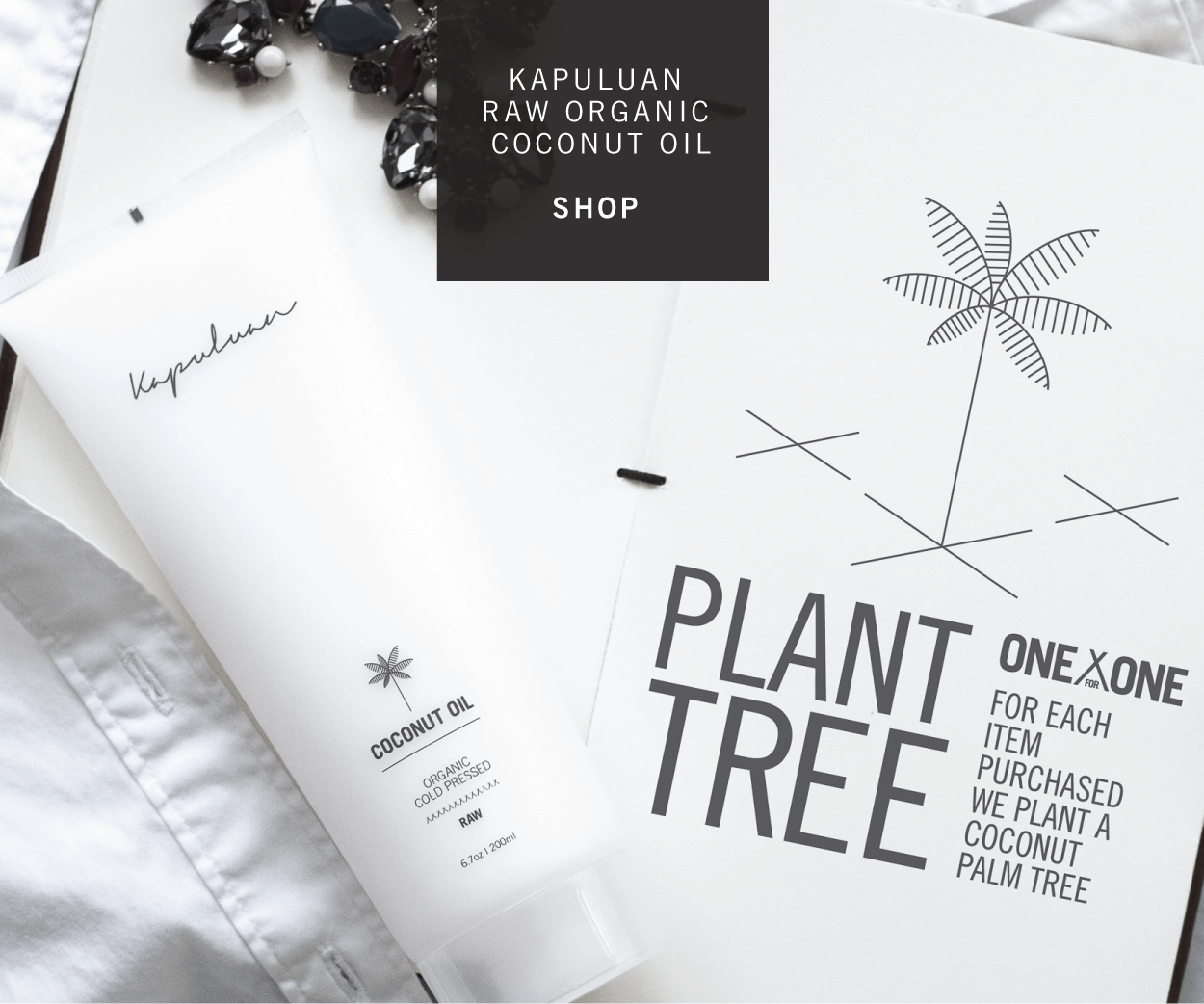 Kapuluan — which means means “island” or “archipelago” in Tagalog — harnesses the immense natural power of that tree of life, and produces the finest quality raw, organic coconut oil. According to Lauder, it can be used for practically anything: smoothie bowls, shaving, sun protection and hair styling to name a few.

“Coconut oil is great, it’s a fantastic product,” he says. “Used on its own, it can help people simplify their lives and routines; it’s minimalist.”

And while providing a top-notch product is of the utmost importance to Kapuluan, the company also hopes to “facilitate change for a better world, socially and environmentally.” For every item sold, they plant a coconut palm tree “as an antidote to the global warming crisis,” Lauder says. And improving the livelihood of coconut farming communities in the Philippines through education and empowerment is Kapuluan’s number one priority.

“When people think of coconut oil, they think of beautiful white beaches with palm trees everywhere. But they don’t see that the coconut farmers who are harvesting the product are severely exploited. In the Philippines, 60% of the coconut farmer population lives in extreme poverty, making less than $2 per day,” says Lauder. “It’s a really difficult situation for these farmers, but they don’t really have much choice.”

Kapuluan is working to balance this injustice by empowering rural coconut farming communities through knowledge and entrepreneurship.

“The challenges coconut oil farming communities often face is lack of knowledge, lack of skill, lack of tools, lack of capital. And then they also don’t have a major buyer for export markets if they want to take their product and make something of it. So [we’ll be] spending a lot of time in the Philippines visiting with communities and giving them all the things they’re missing: providing them with the tools, the training, the equipment, the resources and the capital to get going, and then supporting their own business venture. And then we close the loop by purchasing the oil back from them at a better-than-fair-trade price.”

Not only does this approach produce some of the cleanest, finest raw coconut oil in the world, but it empowers the farmers and bolsters community development. Additionally, Lauder says the artisanal process fits well with the Filipino culture: “It’s not [being manufactured] in a huge factory with white lab coats. It’s something they can take pride in and that can be easily implemented in their community without disrupting culture.”

Today, this prairie boy is a crusader for social justice, economic empowerment and seriously soft skin. Through the humble coconut, he’s out to change the world. In Lauder’s own words, “It’s kind of a crazy story.” 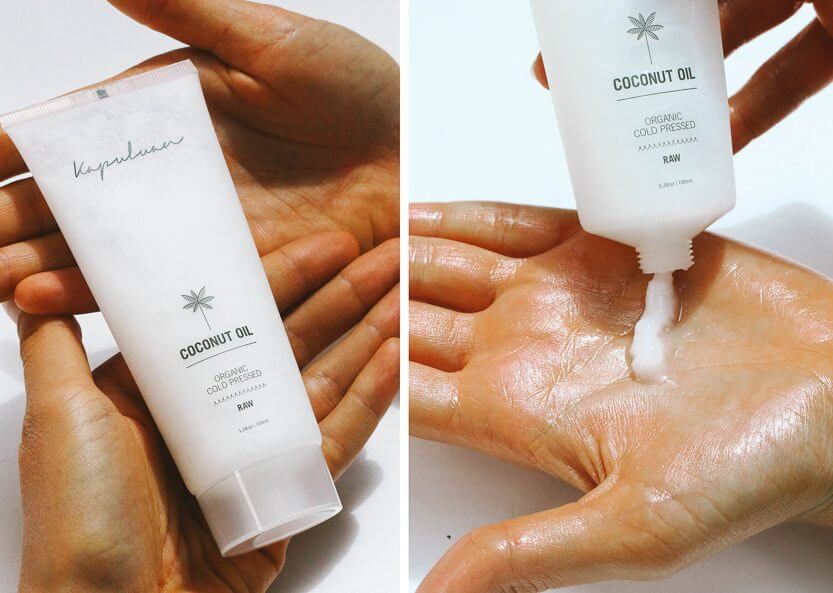